DJI Mavic 3, the third-gen of their flagship drone, packs outstanding camera quality and many advanced features in one light and foldable - albeit expensive - package.

DJI's portfolio comprises a wide variety of drones, but the Mavic series represents the start of a new age for DJI drones.

It's a drone that combines pro-level photography and video capabilities with a simple-to-fly and easy-to-transport design.

Although it's a fun drone to fly, the $2,200 price tag reflects the camera and its lenses rather than the in-flight performance.

If you want to capture high-quality images and videos with your drone, this is by far the finest option on the market.

There’s more this oh-so-pricey drone has to offer - so keep scrolling to learn the details!

The Mavic 3 indeed resembles its forebears in appearance, with the rotors positioned on four fold-out wings, the batteries tucked into the back, and the camera mounted on the three-axis gimbal.

If that sounds familiar, that’s because it is:

DJI’s Mavic 3 seems pretty similar to the Mavic 2 Pro at a glance. However, it is a little more rounded, deeper in color, and notably better fitted with safety sensors and cameras.

Place them next to each other, though, and the size difference becomes clear.

As for the battery of this beast, it is much larger - and can keep the drone flying for up to 46 minutes, which is a hard-to-beat time. Nonetheless, DJI's engineers have managed to keep this drone's weight at 895 g - which is impressive given that the Mavic Pro 2 clocks in at 907 grams.

The overall build quality is the greatest yet from a company that consistently outperforms in this department. DJI’s Mavic 3 feels strong and durable to touch, thanks to the matt-coated metal that covers the entire camera casing.

Also, the new gimbal protector that holds the props together and keeps the camera safe in transit is, in my opinion, a practical and highly-functional addition.

And while the Mavic 3 is a few grams lighter than its predecessor, the Mavic 2 Pro, the total size, when folded, together with the large hand remote, makes it somewhat inconvenient and heavy if traveling greater distances to a particular location.

The Mavic 3 is equipped with obstacle sensors on the top, bottom, and sides. And as a result, its ability to avoid colliding with walls, branches, and other objects is unparalleled.

Additionally, the Mavic 3 has a flight time of 46 minutes, as I previously mentioned. That gives cinematographers more time to get those stunning shots without the stress of a low battery warning.

The Mavic 3 has the same Advanced Pilot Assistance System 5.0 as the DJI Air 2S.

It is supposed to be DJI's most sophisticated automated function yet - capable of flying over dense forest without crashing since its upgraded sensors allow the drone to avoid objects in all directions.

The drone can identify how close the objects are - and whether it will make it through.

It also makes the autonomous return to home feature considerably safer since the drone can simply find its way around any obstructions to fly back to you.

The company promised to release new features at the beginning of this year - and they sure delivered on that promise.

The really cool features that all of us awaited so impatiently are finally here - the Active Track feature (the ability to follow subject automatically) and shooting D-log and 2x zoom using the Active Track.

Other essential features released in the update include:

It’s worth mentioning that Master Shots is a particularly interesting function since it allows the drone to fly around autonomously while recording ten separate video sequences of the topic of interest from various perspectives. 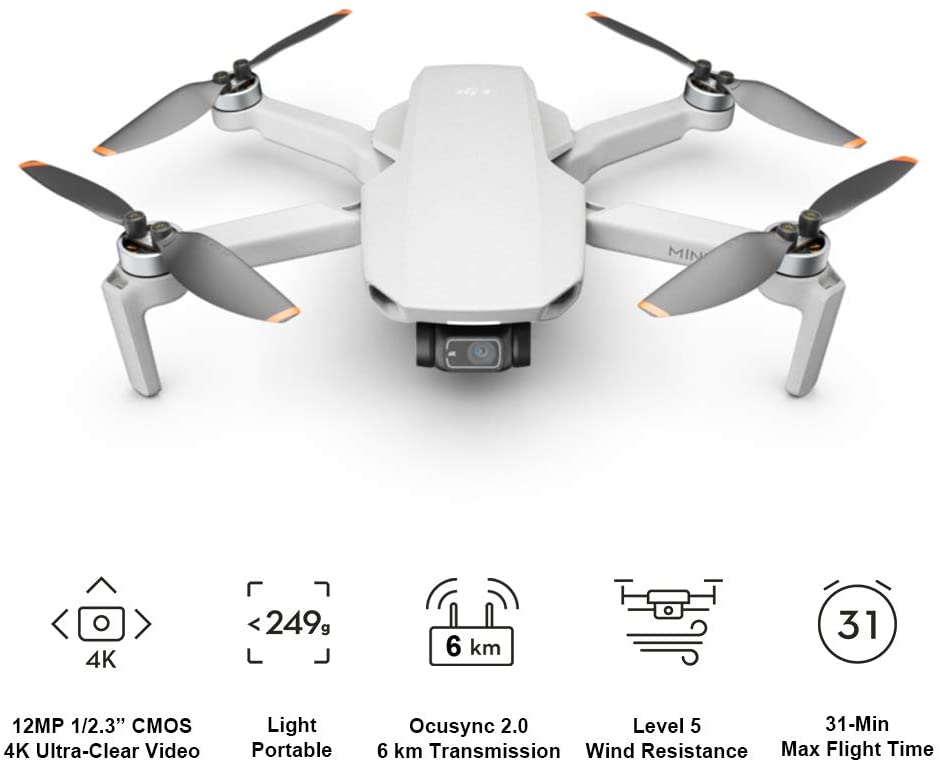 The sequences are then “stitched together” to build a cinematic video - with no involvement from the pilot.

DJI also included a few other improvements, bug fixes, and a few other minor tweaks - and it all amounts to a better in-flight experience.

Each of DJI's drone cameras improved on the previous one. Sure, when DJI unveiled its first airborne 4K camera, many of us assumed it couldn't get much better. But we were mistaken once more:

The Hasselblad camera on Mavic 3 is incredible.

To begin, the camera - and the three-axis gimbal to which it is connected - is constructed like a brick, so it should resist a moderate impact, lens aside.

It features a 24mm lens with an aperture range of f/2.8 to f/11 and captures 20 megapixels stills in JPEG and RAW format.

Aside from its capacity to capture stunningly sharp images in full daylight, this newer camera model's most impressive aspect is its ability to shoot in extremely low-light conditions with minimal picture deterioration.

I tested it in a variety of lighting scenarios - and honestly can't say anything bad about it. The ability to replicate a picture in such exquisite detail left me stunned.

Now, it's one thing to have a drone with a camera of this caliber - but having two cameras onboard takes things to a new level.

The second camera has a 162mm equivalent focal length telephoto lens. When I first heard about it, I was ecstatic - but in practice, it's merely adequate.

The secondary lens does not support DNG raw photos, and video quality is limited to 4K 30 fps.

The image quality suffers noticeably while zooming - especially when the hybrid digital zoom is used. Sure, it's handy for scouting sites from the air, but the final footage isn't nice enough to use in anything more than a simple Instagram Reel.

Believe me when I say that, as soon as you press the nicely sprung joystick, all the pre-flight worries vanish - and everything feels so fluid and seamless.

The Mavic 3's peak speed of 46 mph is only slightly higher than the Mavic 2 Pro, which isn't all that impressive. Nevertheless, its ascend speed is significantly faster - 18 mph - allowing you to capture some spectacular climbing footage without ever having to speed things up in post-production.

Its increased descent speed of 13 mph is also useful for bringing the drone down in case of emergencies.

Rather conveniently, the not-so-bad DJI Fly app that comes with the Mavic 3 drone identifies local low-flying aircraft in the region, meaning you will be warned in advance of any potential clashes with commercial airliners.

Although it’s illegal to fly beyond the “sight line,” the Mavic 3 boasts a transmission range of 15 kilometers (9.32 miles).

That implies that you may lift off from one spot and fly the drone to another distant location - all while obtaining a clear view of the area.

It's sensitive to controls, highly responsive, stable in the air - even in windy circumstances - and has plenty of pace when switched to the so-called Sport mode.

There are two other flight modes - Cinema and Normal - in which the Mavic 3 is more steady and secure. Its omnidirectional sensor system warns you of potential crashes - and prevents them from happening.

The Mavic 3's incredible video shooting capabilities make it a substantial advancement over the Mavic 2 series, and it’s aimed mainly at professional photographers and videographers - understandably so.

What’s more, with newly added features, the Mavic 3 is finally the fully-featured drone that it should’ve been when it first debuted.

While the functions available when DJI’s Mavic line first launched were more than sufficient for pros and experienced drone pilots who generally utilize manual controls, the addition of the features that were the missing puzzle pieces now makes the Mavic 3 considerably more beginner-friendly.

Because of its enhanced functionality and exceptional image quality, the Mavic 3 is currently the best prosumer drone you can purchase - and one that might give many years of service!

The main thing that bugged me is that this model has a bit of hand-catching issues. Namely, once I start landing the drone, it gets wobbly and twitchy - and hand-catching can get messy.

As I’ve tested both Mavic 3 and some of the previous DJI models, I can say that the forebear models handled landing more easily and would land in the palm of your hand more steadily.

Now, I’ve seen other people complain about it, as well - but there is a solution, which I only recently discovered. You just need to set the drone in Sport mode, as it will deactivate all of its sensors on the bottom, allowing you to catch it safely.

With its numerous efficiency-focused advancements and larger batteries, DJI claims that you can now achieve a staggering 46 minutes of flying time on a fully charged battery.

In practice, I noticed that it takes around 35-40 minutes in diverse conditions, although that's still a significant improvement over its predecessor.

So, my advice is to purchase two additional batteries right away, and that way, you will be able to capture a little more than an hour of footage while venturing into the mountains or wherever you plan on taking it. 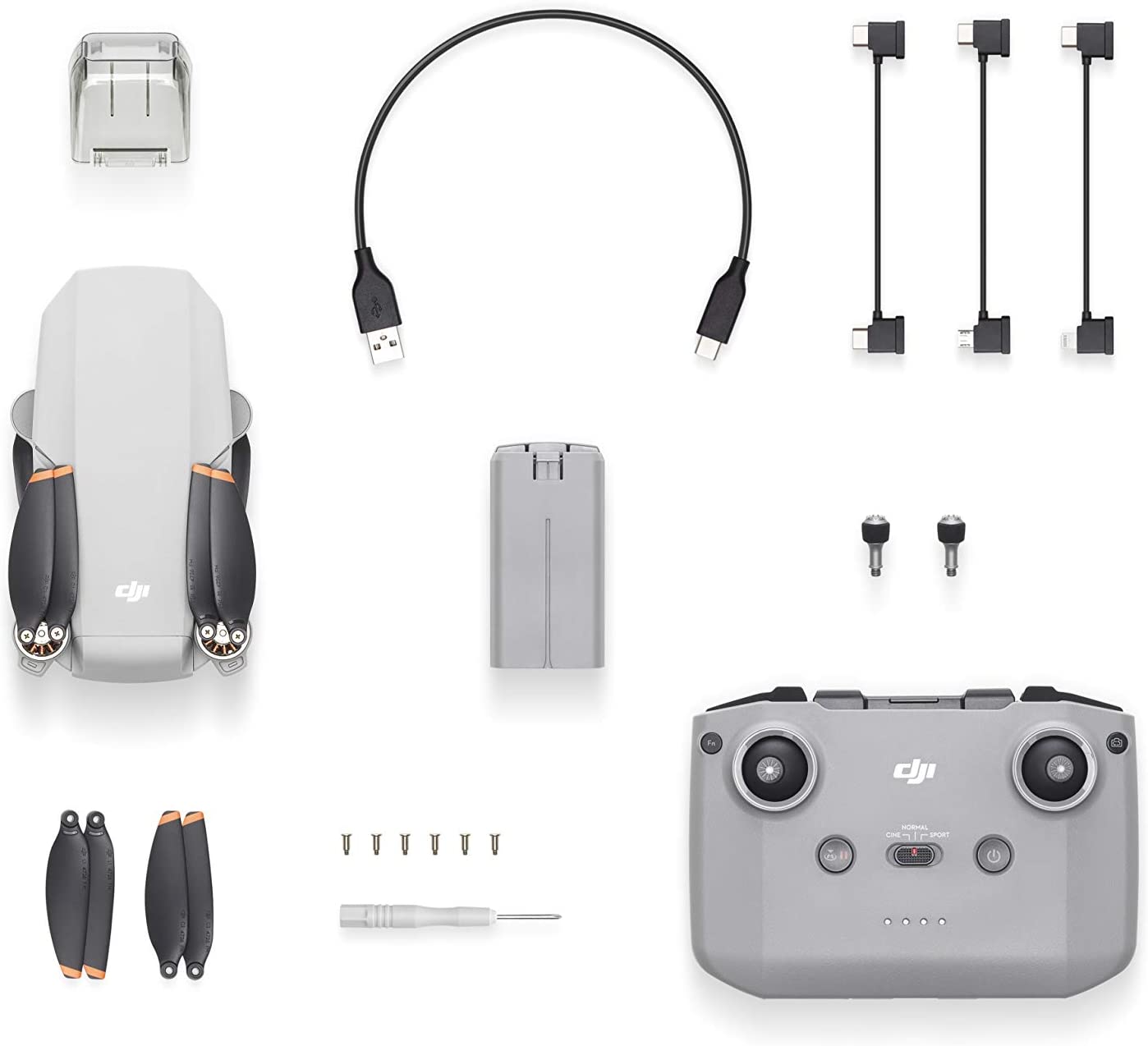 The long-awaited DJI Mavic 3 is the brand's top-of-the-line folding drone, and I’m referring to both the “Cine” and “Standard” variants.

It's undeniably a high-end device, with both of Mavic 3 versions including dual cameras - the zoom and the bigger Hasselblad 20-megapixel 4/3rds sensor primary camera.

The new airframe is significantly more powerful, with the longest flying length and the ability to manage wind and obstacles easily, as well.

Sure, it has its faults - but it still offers more versatility than most consumer drones, making it difficult to compare pricing. Once again, DJI hasn't disappointed us; what's more, Mavic 3 is now the best drone you can purchase on the market.

Last update on 2023-01-31 / Affiliate links / Images from Amazon Product Advertising API This article contains affiliate links which for which the owner of the site may receive a commision. How Much Do Drones Cost – Quick Guide to Drone Price Ranges

Top 5 Apps For Drones – And One To Avoid

read More
Top 5 Apps For Drones – And One To Avoid