Drone Uses – What Are Drones Most Commonly Used For? – Can You Find Drones In The World Of Agriculture?

Many people today are very interested in drones and the possibilities they bring. Besides having fun, what could be the potential usage of drones?

People have asked, and we will deliver:

Today’s topic - “Drone Uses - What Are Drones Most Commonly Used For?” will pay tribute to some of the fascinating situations where drones are used daily.

How important are drones for monitoring critical processes and hard-to-reach places? Did you know that armed forces regularly use drones in tactical and defense protocols? How important was the introduction of drones for real estate showcasing?

Sit back, relax, and enjoy today’s topic - we guarantee you will learn a new thing or two about drones! 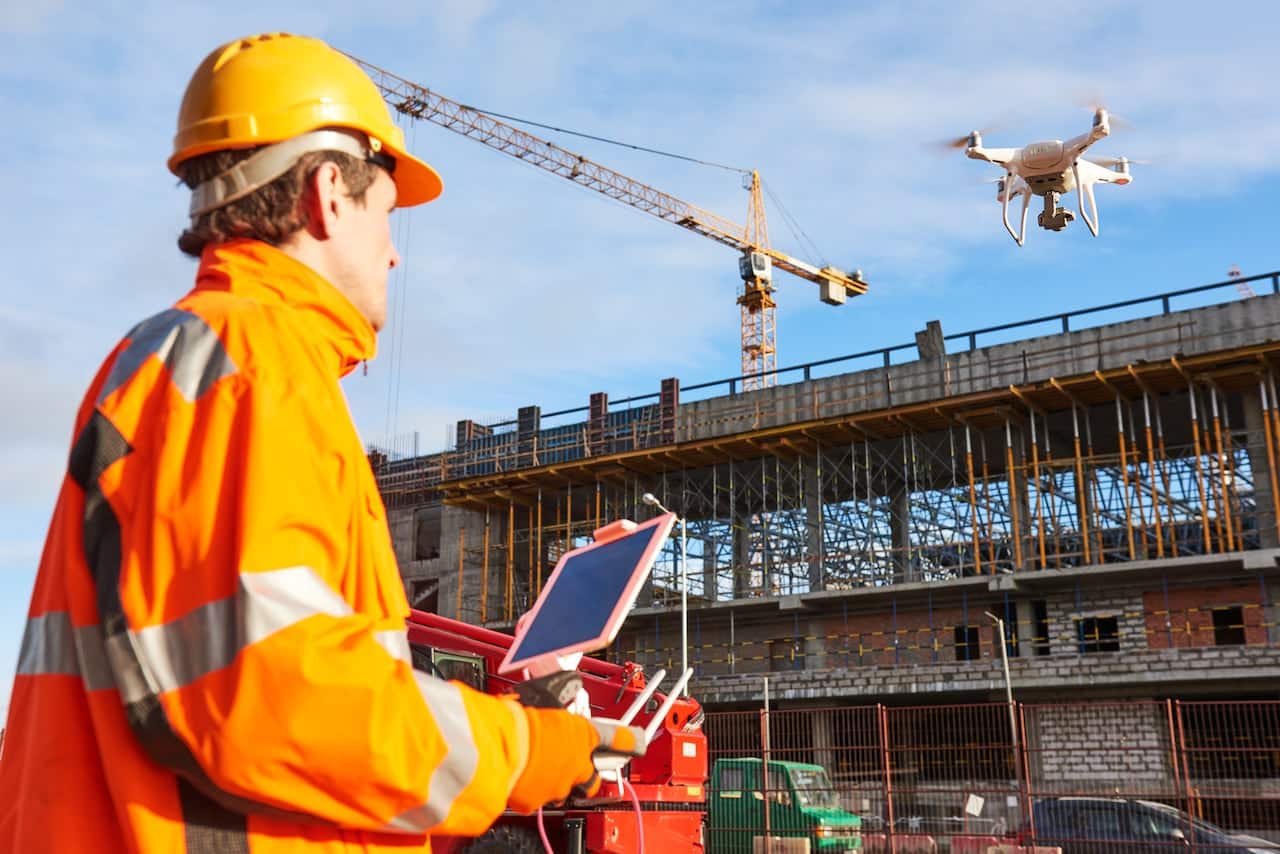 Most people aren’t aware of this, but drones have found their way to sneaking into the construction industry. Although the finesse of construction workers is unrivaled for building objects, some aspects can still be achieved without manually working.

Drones - especially quads are a phenomenal asset for observing a construction site, making the necessity of inspections and monitoring employees much easier to deal with. We don’t need to expose ourselves anymore to danger to achieve a detailed examination.

Furthermore, having a 360-degree view of a construction site allows experts to examine their projects on a different level, further optimizing and improving performance.

Some smaller drones are specifically used for collecting images that are extremely difficult to capture, specifically when it comes to intricate construction processes.

Coincidentally, drones can be used as an ideal solution to capture and showcase an overhead look of the construction process, regardless of the current state, which can be extremely beneficial for marketing the result to potential customers. With most of the Covid issues now behind us, we can take a retrospective look at some of the newer drone applications - aerial delivery.

Most countries worldwide have unanimously decided that no-contact delivery is necessary during the pandemic as one of the primary solutions to prevent the spread of the disease.

Although delivering various product and food packages were mainly achieved by having a courier deliver them to your doorstep - the Covid restrictions forced some new rules to this principle.

Thankfully, aerial delivery has been increasingly deployed as an excellent alternative to the old-fashioned system for people to stay safe.

Firstly, the speed of the delivery times and the overall lower necessity for human labor achieved with aerial delivery were the two key differences seen after some test runs.

Coincidentally, people that have experienced aerial delivery through drones prefer that way of delivery!

But, until the aerial delivery project meets all the FAA criteria and regulations - aerial deliveries through drones are currently only in the experimental phase.

Public safety and certain delivery need to be aligned in all aspects for this to see the light on a global scale. But we believe this technology and its application will be accepted shortly after the FFA regulations are met. 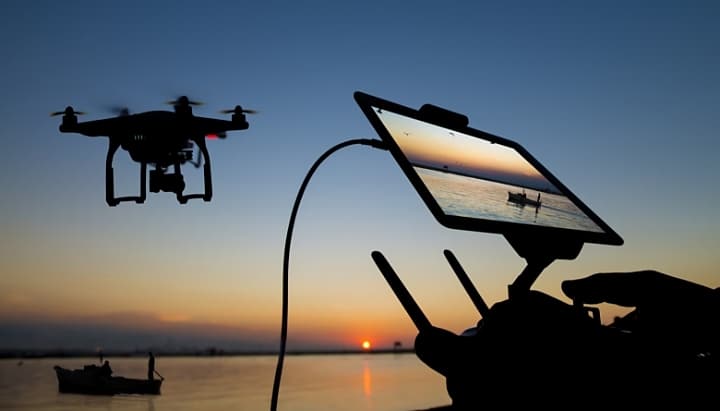 As soon as you discuss drones, the first topic that comes to mind is drones' aerial photography aspect and capabilities. It’s by far the most popular and primary usage of all drones.

In the early days, equipping drones with high-end cameras was exceedingly difficult, as most cameras were heavy by default, whereas drones couldn’t safely lift such stuff.

But, as the technology improved, most quadcopters were capable of lifting and holding bulky camera equipment in the air. Furthermore, the cameras have shrunk in size and were added to drones to make this dream of taking photos & videos from high in the sky possible.

With minimal effort, drones can capture picture-perfect images and record videos that were possible only via a helicopter and camera crew. By connecting your drone with a smartphone, or any other device, you can navigate the speed and altitude of your drone, which can help you take those crisp shots!

Drone videography is used in numerous aspects, casual and professional (more on that later). With that in mind, let’s talk about drones and critical processes! 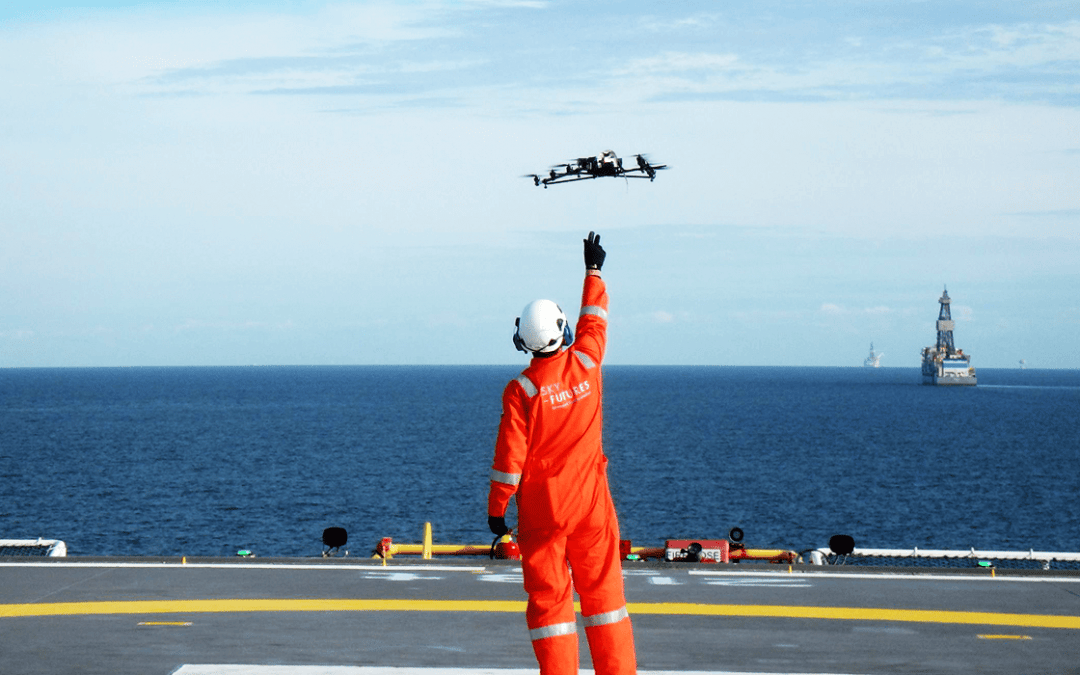 Throughout the ages, people have always come short when trying to observe hard-to-reach places. The main issue is the safety protocols, which were impossible to meet, especially if the point of interest is somewhere where people can’t firmly stand on both feet.

Numerous ideas were placed on the table, but the best solution to this problem came when drones were invented. By mounting a camera on a fly device, people can observe most critical processes and hard-to-reach places effortlessly.

Most of the recent developments in electrical power plants have been made possible due to drones, which can safely reach and capture the landscape as a whole or hover closely to some parts of interest.

One of the more well-known examples is hidden in studying volcano activities.

People who live next to active volcanoes depend on this research, as modern drones can acquire aerial footage, which was impossible in the early days due to extreme temperatures and toxic gases.

As such, in the case of an emergency, people can evacuate on time if a drone records any unusual volcano activities. 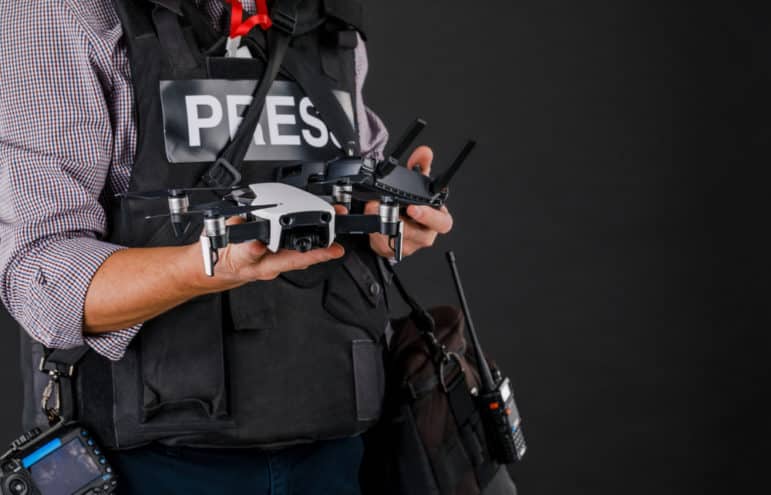 Even journalism had elevated to new heights when drones replaced stationary cameras.

In the past, covering a scene was only possible through stationary cameras or camera operators carrying heavy television cameras, which in most cases was more than enough, as most scenes were static interviews.

But, in some instances where recording some events can be achieved in a limited time, arriving on the scene and setting up all of the heavy equipment can prove troublesome, as that time frame can be missed due to insufficient time.

To prevent that from happening, most reporters have drones, which can be deployed in a matter of seconds, which can be crucial when they need to record any fast-sequence scenes, such as crimes in progress or capturing live police chases.

Furthermore, drones produce minimal sound, are easier to maneuver, and have low maintenance costs, whereas television cameras can be incredibly expensive and inefficient in certain situations. 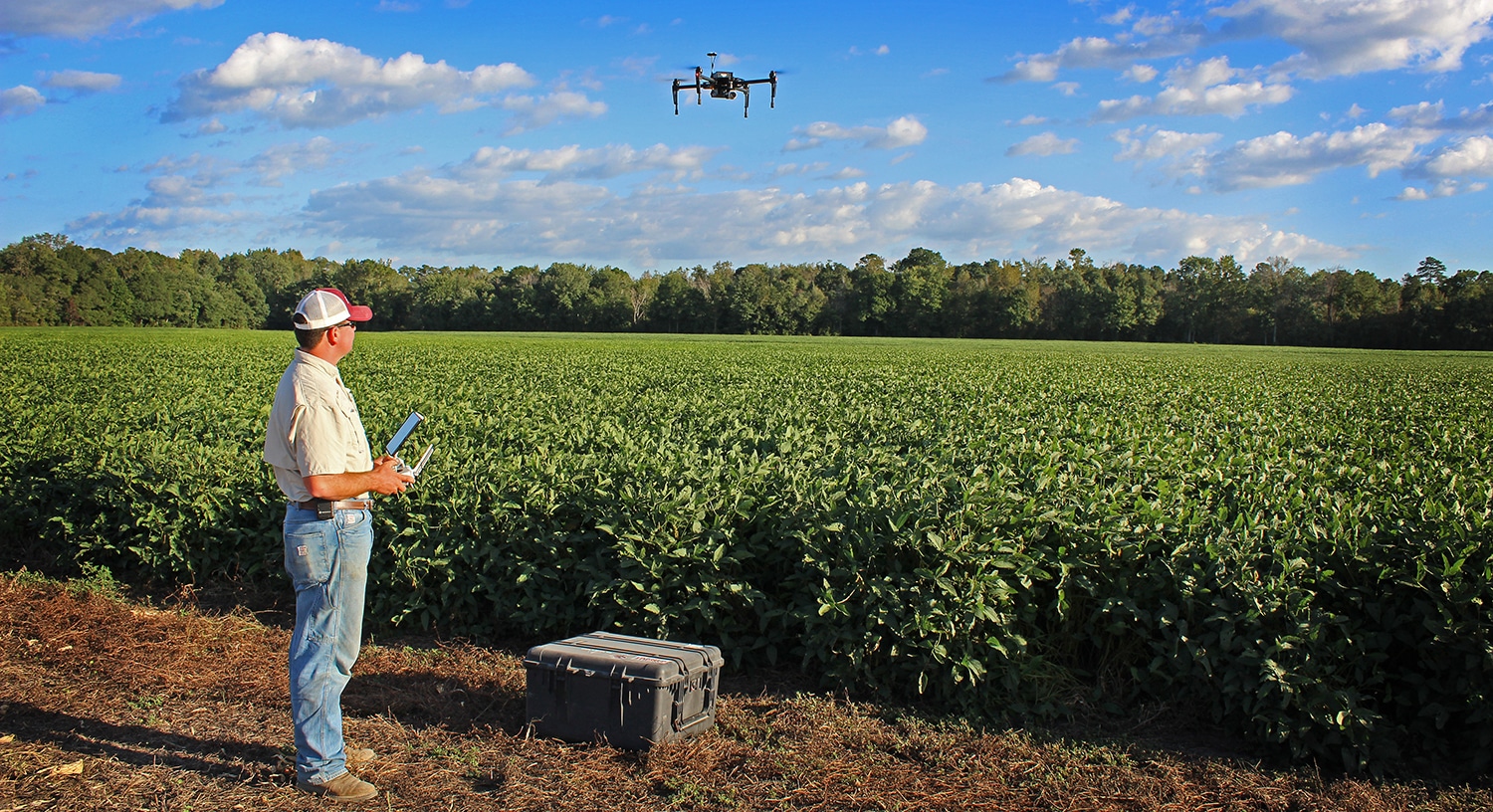 One of the amazing aspects of drones is that they can be piloted by anyone, regardless of their knowledge of technology. As such, drones have made their name in agriculture as well, proving as an important resource for the following:

Examining a large land of crops can be difficult, nearly impossible, without using drones. By simply flying a drone over a land of crops, farmers can monitor all crucial changes to the vegetation.

Furthermore, some drones can be equipped with special canisters carrying pesticides and insecticide solutions, which are used to spray crops through drones. This is a revolutionary feat that wasn’t possible before drones were invented.

Some farmers even said that drones could be used to scare away birds that eat crops, which serves as an excellent solution and a replacement for the old-fashioned scarecrows! 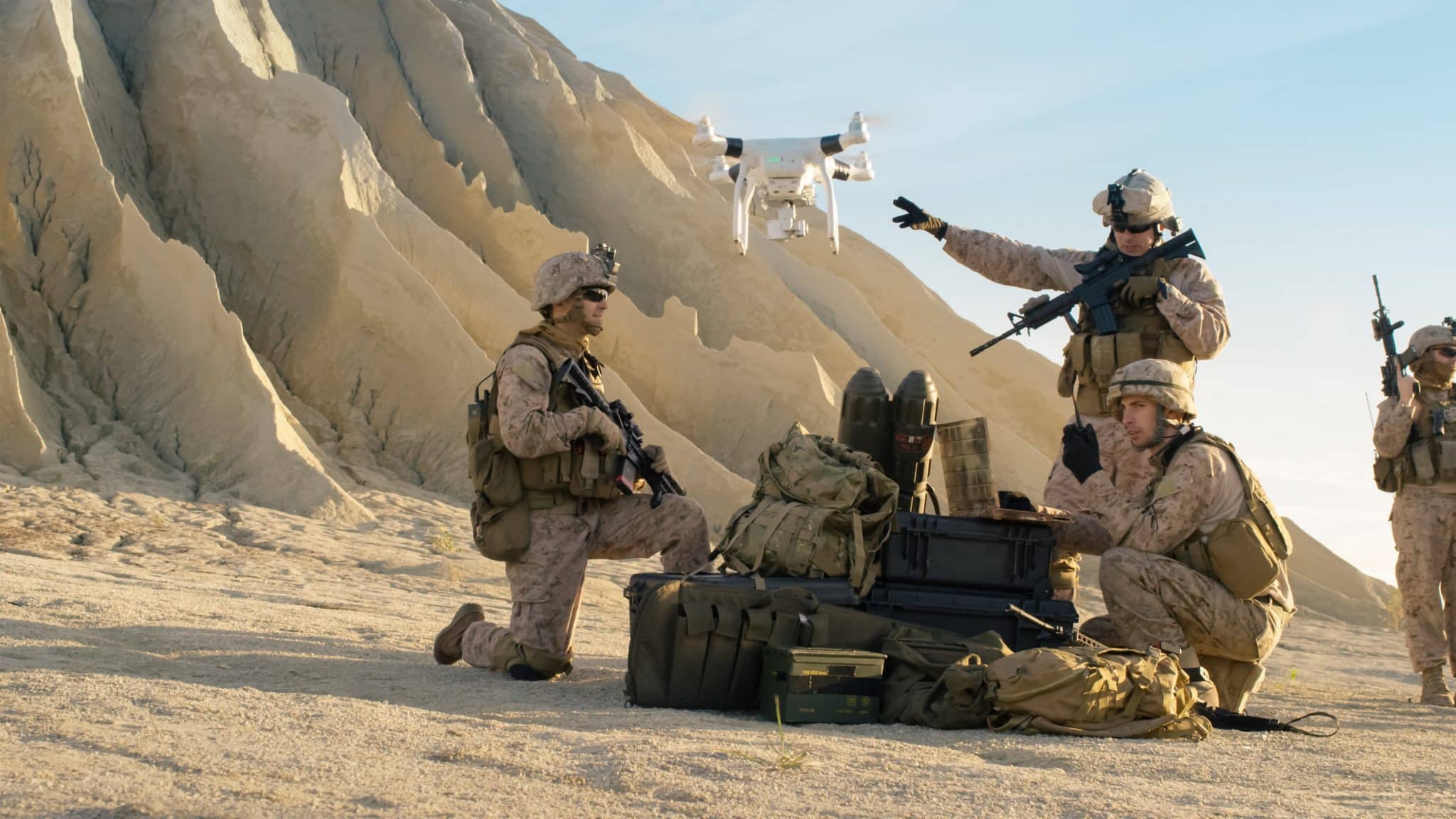 Now, on a serious note, drones have snuck into modern warfare, defense, tactical, and military.

Unfortunately, we live in an age where wars are ongoing every second. Because of that, the government needed a solution to reduce the risk of tactical and military surveillance, as deploying living soldiers isn’t an ideal solution to this problem.

With the introduction of drones - armed forces are now capable of wielding unmanned aerial systems that can be used for monitoring any potentially dangerous locations, most notably for bomb detection purposes.

They are receiving information that a bomb was potentially planted in swift and razor-sharp decision-making from armed forces, who risk their lives to save ours.

So, instead of manually searching the point of interest - drones are deployed, carrying cameras capable of pinpointing the exact location where a bomb is supposedly located.

Furthermore, the overall replacement of physical labor and receiving a wider field of view is a terrific benefit granted by drones. 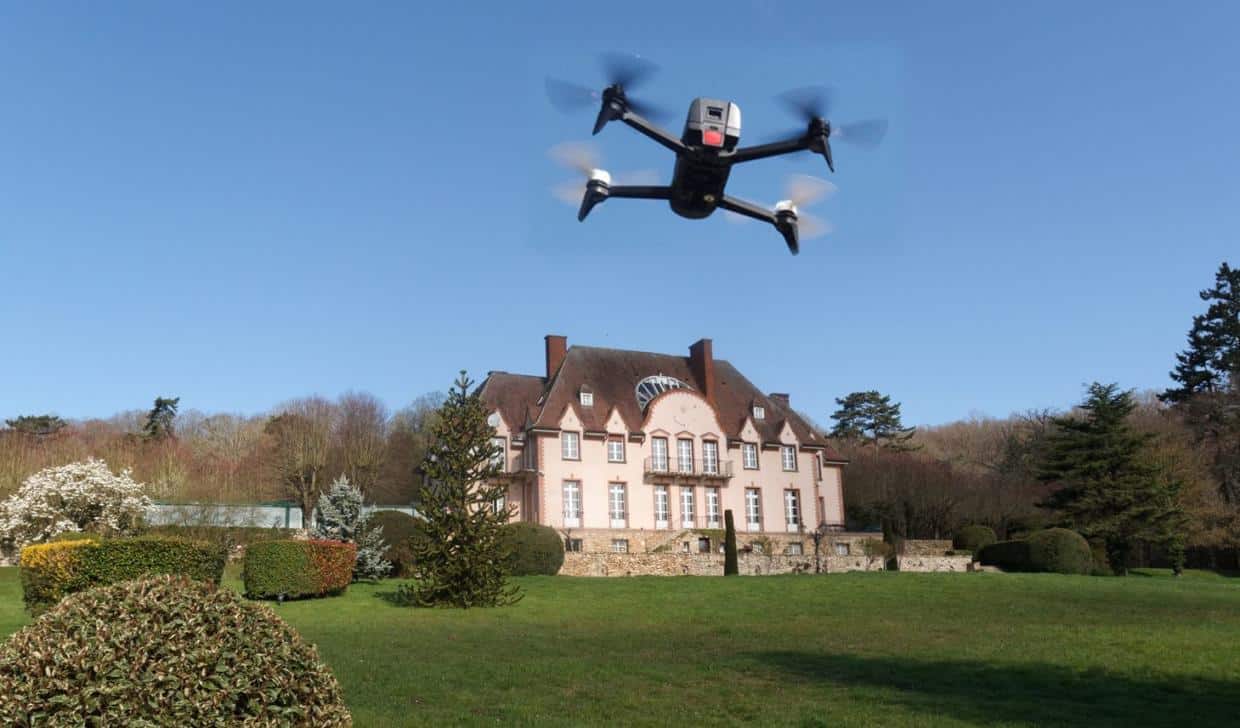 In the early days, the primary promotional tool for displaying real estate and houses was regular surface-level cameras, only capable of capturing images and footage of homes from eye level.

That was entirely revolutionized once drones were made public. Real estate owners rushed to buy drones, as they shortly realized the potential behind these unmanned aerial systems capable of taking pictures from the above.

Before the introduction of drones, pictures were one-dimensional, which proved a huge obstacle for potential customers who couldn’t feel what a house looked like.

Drones shattered those problems, as drones were used to make virtual walkthroughs of various houses, which was a marketing bomb when introduced.

Showing the house and the surrounding areas of the residence through drones was a great answer to the previous problems. Coincidentally, this manifested the need for professional custom home aerial photographers - an up-and-coming job on the market. 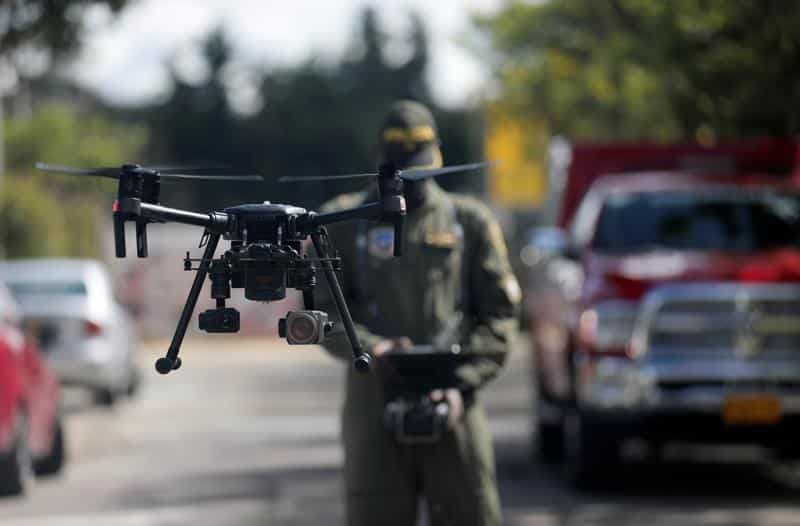 Even though surveillance cameras were present long before the introduction of drones, they served a phenomenal job of monitoring a specific area throughout the day and night.

But, the limitations of standard surveillance cameras were realized shortly after they were installed - they are stationary devices that can only move in a restricted circle.

To fix this problem, people needed to invent a device that could effortlessly move in all directions without limiting itself to observing only one room or field.

As soon as drones were introduced, people working on the surveillance line were armed with new and improved ways of monitoring locations.

Whether it's for building security, border patrol, prison surveillance, or police investigations - drones have found their way into the surveillance world.

They are quick to deploy, cost less, easy to hide, and hard to see. 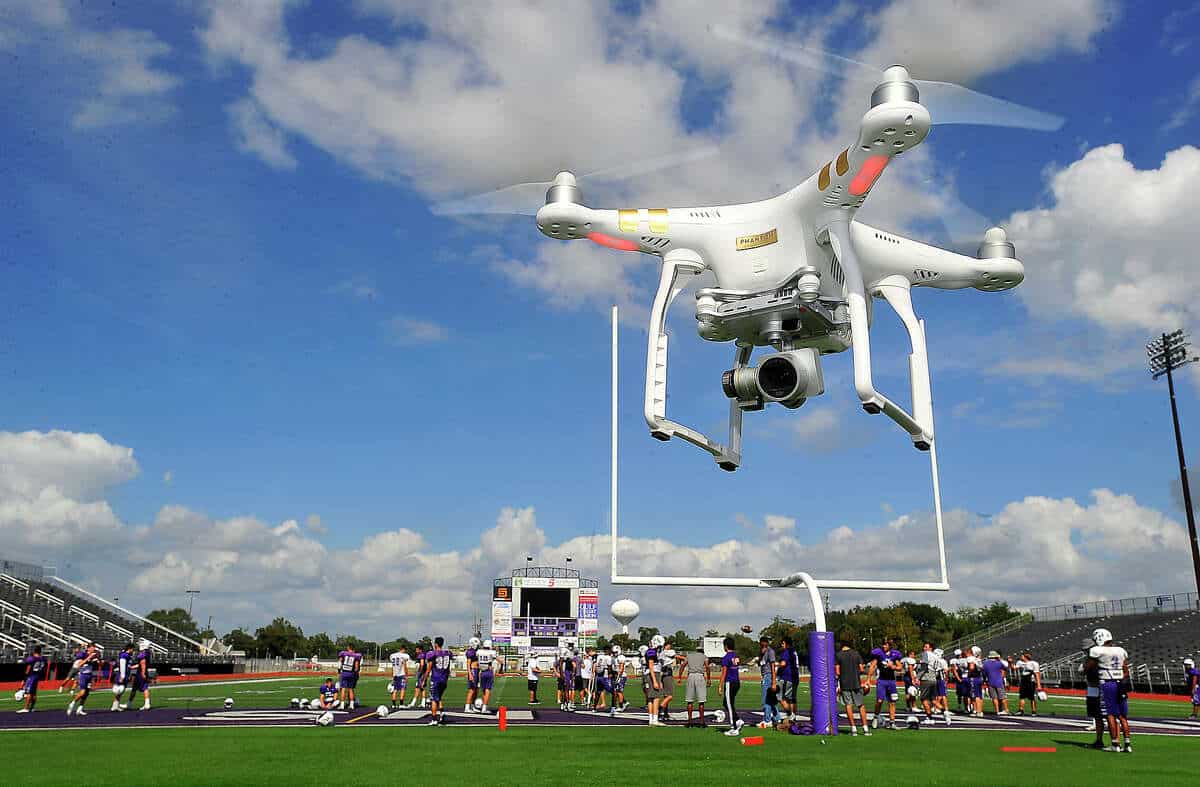 Watching your favorite sports events live with maximum pleasure can only be achieved once exceptional cameras are deployed on the court. In the past, stationary and surface-level television cameras were the only way to record live sports footage.

But, as some sports grew in popularity, people needed to build larger stations where they could host more fans who were willing to experience the games in person. Drones were necessary further to optimize the live broadcasting of huge sports events.

They provide subtle perspectives and views of the game that was impossible for stationary cameras from the past.

Even though they are constantly on the move, drones are equipped with cameras that feature extreme stabilization imagery, capable of broadcasting crisp live footage of your favorite sports events.

We were blessed to have the ability to study and observe the beautiful wildlife all across the globe. But, before the introduction of drones, wildlife photographers needed to use intricate tools and ideas for capturing and monitoring wildlife without putting them and themselves in harm’s way.

You can imagine the difficulty levels of maintaining a safe distance between some animals that can effortlessly overwhelm you at any given time, especially if they are hungry or annoyed by your presence.

With drones and their thermal sensor-powered cameras, wildlife photographers can safely study and monitor animal behavior, all while keeping a safe distance from them.

Furthermore, drones are deployed in wildlife to monitor and prevent potential poaching.

Drone Uses - What Are Drones Most Commonly Used For? - Summary

Quite a journey, but all voyages end at some point - today’s topic, “Drone Uses - What Are Drones Most Commonly Used For?” ends here. But, before we leave, let’s take a brief look at the key elements of this story:

Regardless of their size, drones are safe and capable of providing crisp aerial footage, which can be used in various situations.

From journalism to agriculture, all the way to surveillance - drones have cemented themselves as one of the best recording machines produced by humankind.

We had a lot of fun during the assembly of this article, and we hope you will enjoy this content until the next one comes!

Nikola studied Mechatronic Engineering at the Budapest University of Technology and Economics. He has been designing and building his own drones and preparing to earn FAA certification as a drone pilot. Can I Fix My Drone? How To Repair Your Broken Drone

read More
Can I Fix My Drone? How To Repair Your Broken Drone